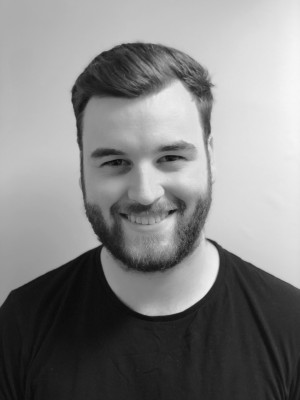 As Musical Director of STAMP, I am able to assist with the advancement of skill and craftsmanship associated with Musical Theatre – building especially on the array of talent available in South Tyneside. I have been working with STAMP since 2012, starting first as an apprentice but then establishing a position as Musical Director of the company. During this time, I have seen many performers grow and develop, both professionally and personally; which is a very rewarding experience.

Within the remit of my Music degree, which I began in 2016 at Durham University, I have explored new areas of Historiological Musicology – a field in which I have published several essays on an array of topics: from Beethoven to Post-Revolution Russian Music. My other academic interests include: Conducting, Symphonic Analysis, Orchestration and Music Psychology.

In 2016, I achieved a Grade 8 (Merit) in Piano with the Associated Board of the Royal Schools of Music (ABRSM). I also hold qualifications in other instruments (such as Cello, Bassoon and Saxophone) and am competent in performing on 20 further instruments. I have played in pit orchestras for as long as I can remember, but my debut as a fully-fledged Musical Director came in 2014; as I conducted and played Piano for 13 The Musical with STAMP. For this, and countless other reasons, I am indebted to STAMP for facilitating my career as a Conductor. Other performance I have been associated with include: Godspell (Jarrow Musical Theatre Company), Legally Blonde the Musical (STAMP and The Customs House), Whistle Down the Wind (Jarrow Musical Theatre Company) and The Wedding Singer (STAMP).

I have much experience in teaching children and young adults through my continued placement at Whitburn Church of England Academy. I find teaching the members of STAMP very rewarding and have been motivated to apply for an Initial Teacher Training (ITT) Post-Graduate degree through my involvement with the academy.

In February 2018, I established the STAMP Music Services branch of the company, dedicated to the training of musicians of any age. The music service offers an array of instrumental and theoretical tuition for any genre of music – from Classical to Pop.